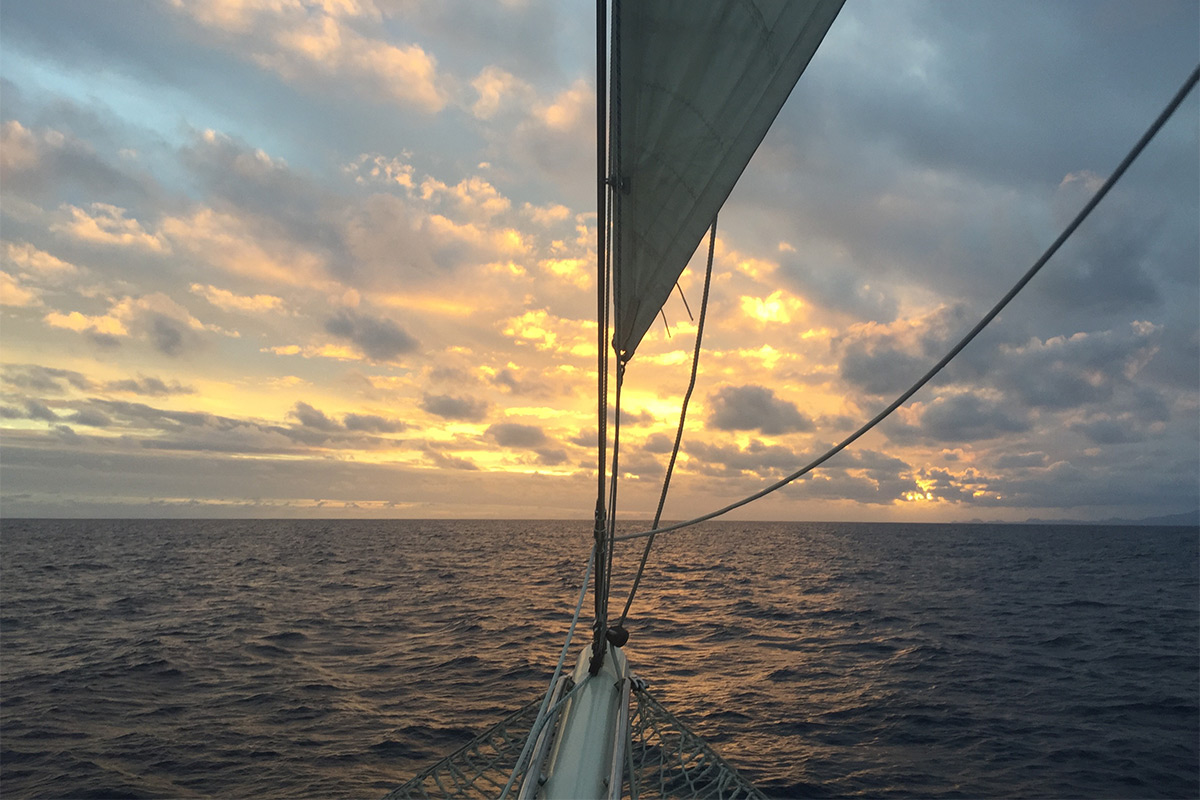 Sailing Toward a Future in Oceanic Conservation

“The pass was so shallow that we could literally swim with the fish around us. Students ran into schools of brightly colored fish, eels, and even octopi!”

There are moments in college that will catch you by surprise. These moments are so inspiring that you’ll find you’re not the same person as before–you’re stronger, smarter, and fiercely motivated to act. The people of Juniata College are committed to helping all students experience such moments, as they did with Evan Quinter, whose semester at sea revealed his “passion for living.”

Evan makes the most of every experience he finds. At Juniata, he works as a campus tour guide, has been a student employee in the Student Engagement and Campus Activities office, and cooks at the Stone Town Gallery and Café downtown. He’s vice president of the Juniata Divers, participates in the concert choir, jazz ensemble, and orchestra. He has also volunteered with Citizens Climate Lobby, the student peace organization PAX-O, and campus blood drives. 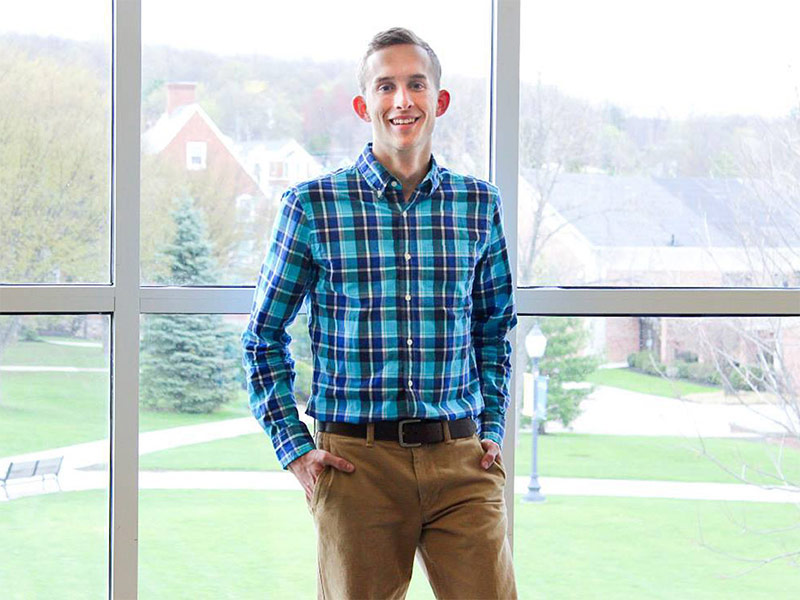 “I decided to give it a closer look, and I’ve been hooked on the ocean-centered study abroad experience ever since.”

Scrolling through Instagram one day during his freshman year, Evan saw an opportunity for another experience to take advantage of, an advertisement for Sea|mester, a study abroad and gap year voyage program. Not seeing the opportunity as a feasible possibility, he shrugged his shoulders and kept strolling.

But, months later, walking through an academic building on campus, Evan passed by yet another advertisement for the Sea|mester program.

“I decided to give it a closer look, and I’ve been hooked on the ocean-centered study abroad experience ever since,” Evan says.

The more he researched the program, the further out of reach it became to feel for Evan. He almost gave up on his dream of sailing with Sea|mester because he struggled with committing to studying off-campus and even worse, “the price was so daunting that I almost dropped the application entirely.” But his advisers at Juniata changed his mind.

After his advisers encouraged him to apply, Evan received funds through the Super-Internship Award and the Juniata Environmental Fellows Award. “I could not have made this dream a reality without this support and that of my advisers,” Evan says.

The following summer, Evan was able to serve as a crew member on the S/Y Argo as part of the Sea|mester program, which teaches students the sailing process, general ocean science, and leadership skills all while exploring international destinations.

Evan sailed for 80 days through the Coconut Run, which runs from Tahiti, French Polynesia, to Cairns, Australia, and ports at multiple South Pacific islands like Vanuatu, Fiji, and Bora Bora. 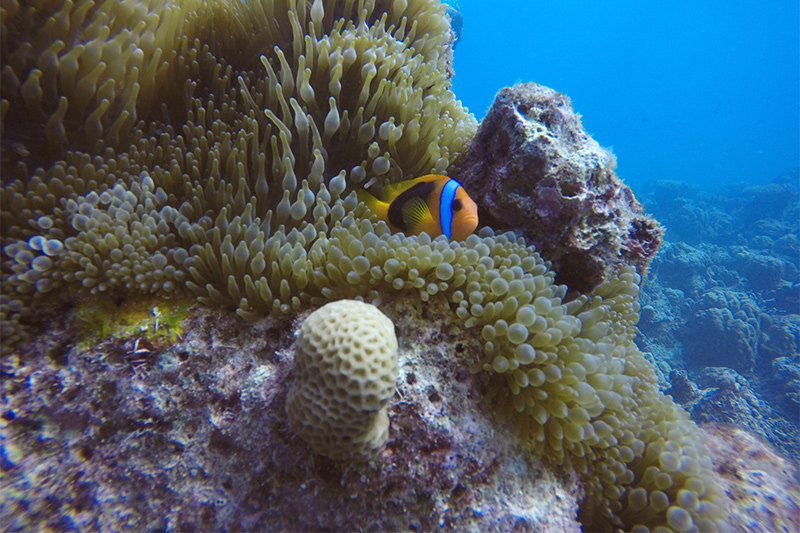 “The experience was incredible!” Evan says. “I could go on for days about everything that I learned, and the sights were absolutely breathtaking. But, my favorite part about this experience was my personal growth. I embarked on this journey to gain my first real experience on the ocean to test if I could commit my life to ocean conservation because, going into the summer, I was unsure of my career direction. Coming out of it, I felt empowered to save the ocean and coastal communities in any way I could.”

Throughout the trip, Evan and his fellow crew members—who Evan says have become his friends for life—maintained a daily log of their adventures. In one log, Evan described a snorkeling endeavor at the Coral River at Motu Maharare:

“The pass was so shallow that we could literally swim with the fish around us. Students ran into schools of brightly colored fish, eels, and even octopi!”

In another day’s log, Evan documented the crew’s experience water sliding on the island of Taveuni:

“These naturally formed waterslides were tucked into the interior of Taveuni, and the crew spent the afternoon slipping and sliding down the smooth rock faces. We were all swept away by the fun.”

Although he once hesitated, fearing he couldn’t study overseas—let alone on the sea—Evan was glad he experienced the partnership at Juniata that made his Sea|mester possible.

“Experiences like Sea|mester are the moments where we draw our inspiration from, and the moments when we find our passion for living. I am so grateful to now have that memory to keep me grounded and driven, but I am not the only one. Many Juniata students live these incredible moments that transform them into independent learners, and I’m excited to see how we change the world.” 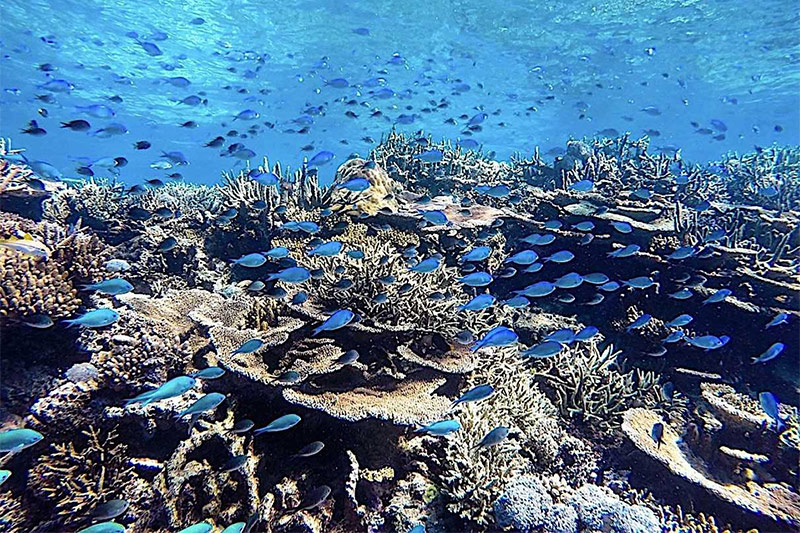 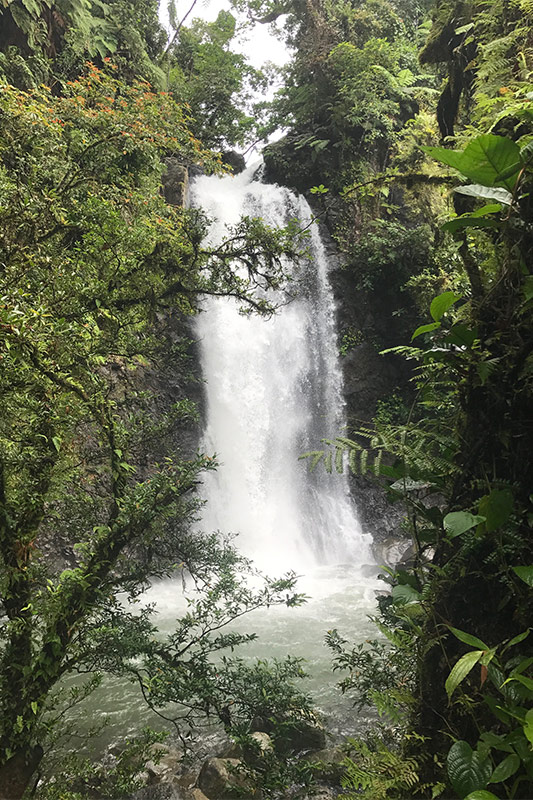 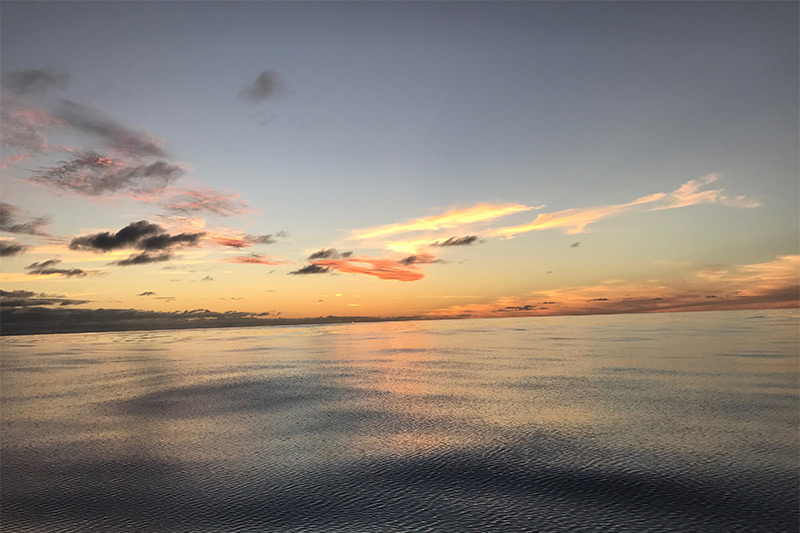 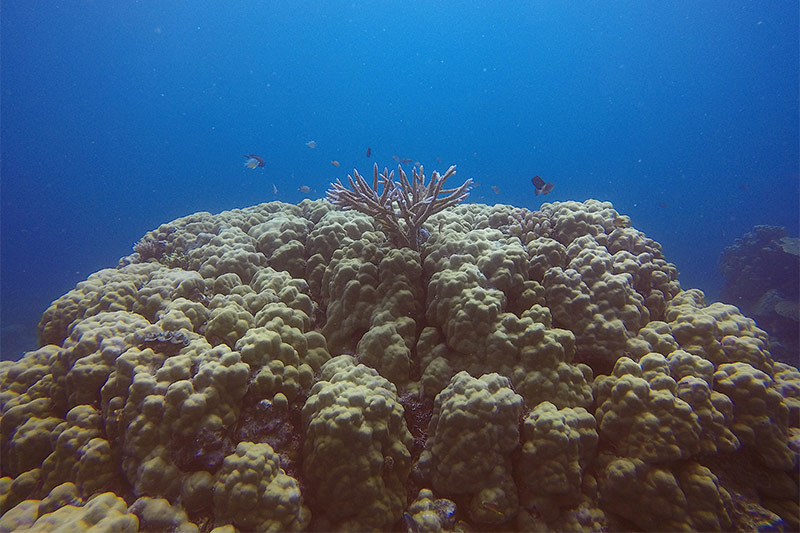 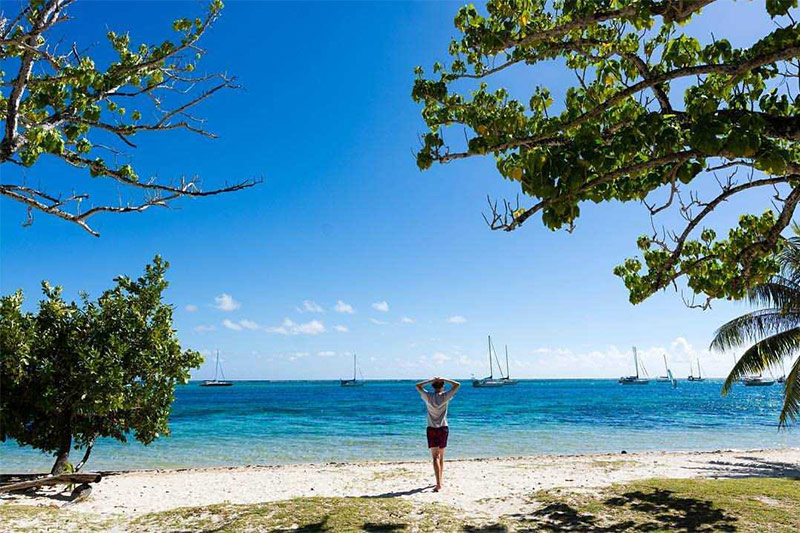